Precision Shenzhen toolmakers  ND Precision Products of Barnstaple, Devon, first started using tooling from System 3R in their Wire EDM machines back in 1987, and over the last quarter of a century they have extended this reliance and trust to most parts of their operation.

Founded by David Squire in 1973 and now run by his son, Nick Squire, the current managing director, the company has established itself as an expert in its field by providing cost-effective tooling solutions to their customers all around the world. The younger Squire said, “By continually investing in the

business to bring in new technology we have retained our competitive position and 3R automation has been an important element of this policy.” 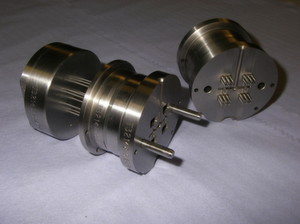 A key market for the shop has been providing mould tools for electrical/electronic connectors. The rising complexity of the products has necessitated the

adherence to very fine tolerances down to 0.5 μ. One connector body could require over 20 tools –usually four-impression – and the move to using micromoulds with QCO (quick changeover) tooling with a changeable central cassette insert presented a major challenge for ND Precision. Such fine tolerances are also needed when manufacturing spline gauges on the tool maker's Agiecut Vertex wire EDM machine.

Tooling and workholding from System 3R is said to play a vital role in the production of electrodes for making mould tools. Pre-setting on the company's holders (mini-pallets) with universal machine-fitted chucks saves time, the company said, as the assured accuracy and positioning of the 3Refix system

Previous：Saving energy in multi-cavity moulds
Next：US Demand Of Protective Packaging to Reach To $6.4 Billion In 2018
Posts by Topic
Recent Posts