Tesla brought the Model 3 to Australia for the first time this week and it is showing the vehicle at a few stores.

The debut was undoubtedly a success in terms of the turn-up as stores were crowded by reservation holders and curious people wanting to see the Model 3 in person for the first time.

Thanks to their timezone advantage, Australians were amongst the first able to reserve the Model 3 more than two years ago.

It attracted large crowds then and that was sight-unseen at the time.

Now they get to see the car in person and despite the long wait, the crowds are still there.

Tesla’s Sydney store reportedly was crowded by around 1,000 Model 3 reservation holders throughout the first day of the vehicle being display at the store. The picture above shows the line extending outside the location (picture by u/Kaindlbf).

There were so many people that Tesla had to limit the time with the Model 3 to only two minutes per reservation holders in order for everyone to see it up close.

A similar situation happened in Melbourne where Tesla was also showing the Model 3 for the first time at its store (picture by u/ZalmanR1): 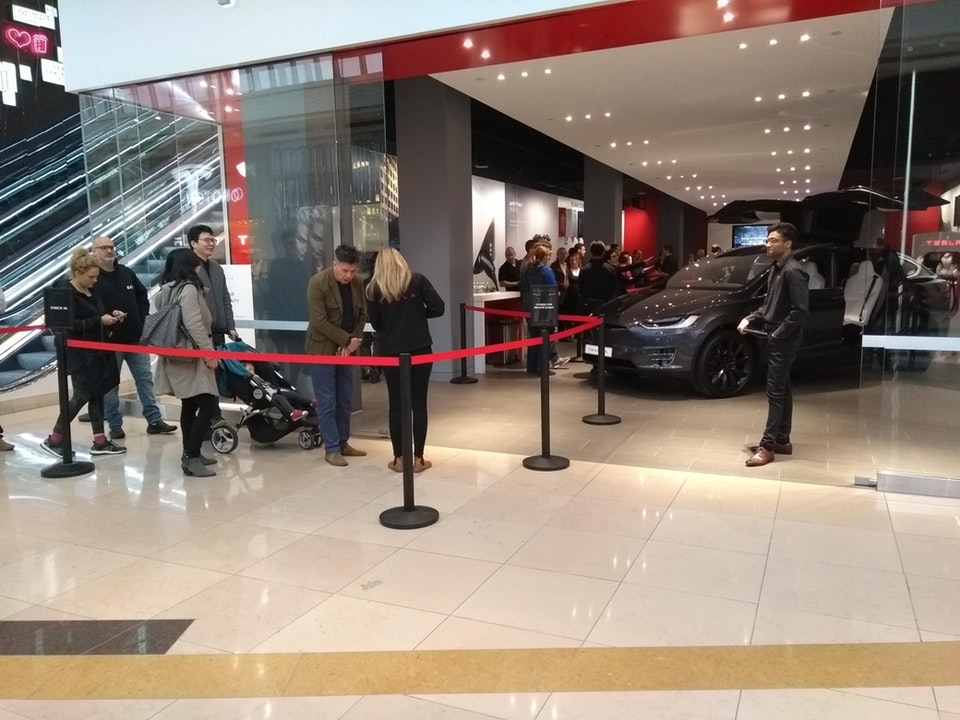 As we reported last week, Tesla brought the vehicle for the first time in Australia and New Zealand.

Aside from Sydney and Melbourne, the Model 3 is also displayed at the Brisbane store and it will be at Tesla Auckland.

That’s despite Model 3 deliveries not being expected in Australia for almost another year.

Earlier this year, Tesla CEO Elon Musk updated the delivery timelines for the international expansions. he said that the Model 3 will hit the left-hand-drive markets in Europe and Asia during the first half of 2019 and that the right-hand-drive Model 3 will be ready “probably” around the middle of 2019.

It’s fun for Model 3 reservation holders in Australia to get the opportunity to see the vehicle in person, but the timing of it is kind of strange in my opinion.

Tesla did the same in North America, but it was as deliveries and orders started in the market, which isn’t likely to be the case in Australia for a while since it’s a right-hand drive market.

That said, it is a very good way to get people inside the stores and suggest to them that if they don’t want to wait, they can get a Model S or Model X much faster, which I think might be an important part of the reason why they are doing this now.