Gasgoo.com (Shanghai) - According to China Passenger Car Association statistics compiled by Gasgoo.com (Chinese), a total of 921,732 sedans were sold in China in the month of May, up a slight 0.6% year-on-year. May marks the first month in a long time that Chinese sedan sales have not fallen year-on-year. 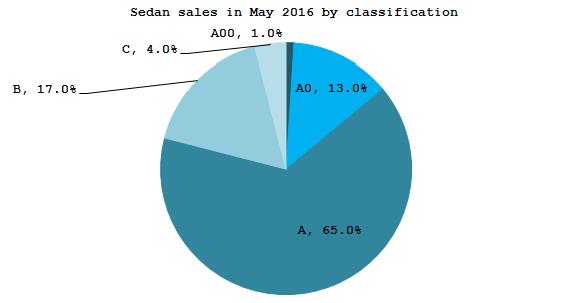 A-class sedans accounted for the majority of the segment’s sales in May. Smaller A0 and A00 sedans combined comprised only 14% of all sedan sales for the month. This in itself highlights a trend in the Chinese automobile market as buyers gravitate towards larger and roomier vehicles. As a result, A0 and A00 sedan sales have been constantly shrinking.

As A0 and A00 sedan sales fell by the double digits in May, sales of compact and small SUVs have shown considerable growth. Small SUV sales in May totaled 174,010 units, growing 28.6% year-on-year. 871,097 small SUVs have been sold in the country from January to May, representing year-on-year growth of 25.1%.

Among the many strongly performing small SUV models are a few models which are especially small, with a length of around four meters long and wheelbase of between 2380mm and 2550mm. These models tend to be priced in the 50,000 RMB to 80,000 RMB range. 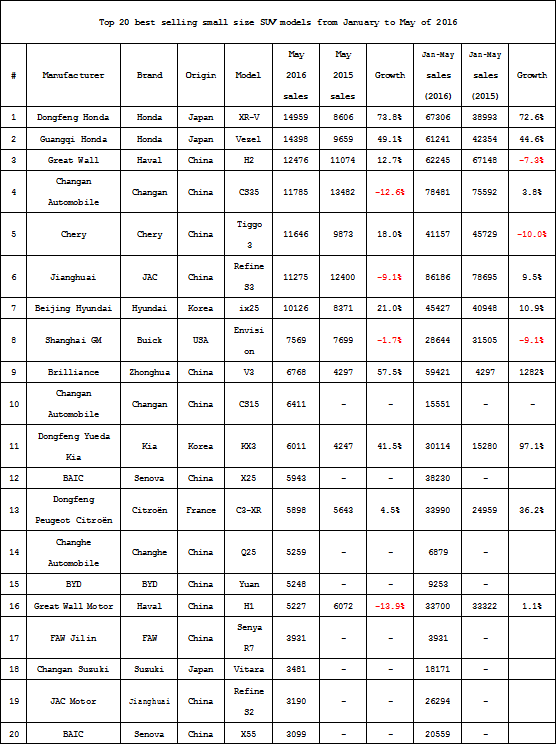 The Great Wall Haval H1 is among one of these smaller SUVs. According to CPCA statistics, 74,571 H1s were sold in 2015, with monthly sales volumes averaging 6,214 units. Due to these average sales, this category of SUVs has been on the whole neglected by manufacturers aside from Great Wall. However beginning with the debut of the JAC Refine S2 in August 2015, a number of domestic own brand manufacturers, including Changan, BAIC and BYD, have all released similarly sized SUV models. Due to their low price point and profit margin, this is a segment that foreign brands have not shown any interest in getting into, meaning that it is one of the key sectors which own brands don’t have to worry about foreign competition.