Hundreds of tool and mould makers from throughout  injection moulding German-speaking Europe were vying to be the region's best, but there could only be one.

The tension was palpable enough to silence the nearly 300 guests assembled in the Coronation Room of the Town Hall in Aachen, Germany. They waited impatiently as Michael Breme, the director of tooling at injection moulding carmaker Audi, listed the accomplishments of another German shop. Breme had been on that stage before: His company won the 2011 Toolmaker of the Year Award, which is presented by the Fraunhofer Institute for Production Technology and the WZL tooling laboratory at RWTH Aachen University. The audience didn't know exactly who Breme was describing, but they had an idea: The organisers had already presented Excellence in Production Awards to the winners of the competition's four divisions. Now, one shop would walk away with the trophy. 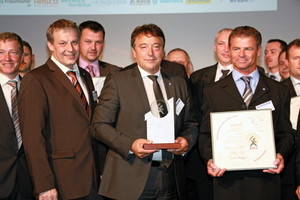