Gasgoo.com (Shanghai) - As new energy vehicles continue to increase in popularity in China, more and more buyers are starting to make the jump over to electric or hybrid models. According to China Passenger Car Association statistics compiled by Gasgoo.com (Chinese), a total of 46,138 new energy vehicles were sold in the first quarter of this year, up 141.8% from the 19,085 vehicles sold over the first quarter of the previous year. However, compared to new energy automobile sales from the fourth quarter of last year, sales this year have actually decreased by quite a bit. When asked about the changes in sales volumes between last year and this year, CPCA Secretary General Cui Dongshu explained that since the beginning of last year saw major changes to relevent government policies and eligibilities for new energy vehicle subsidies, it has taken a while for the market to pick up. 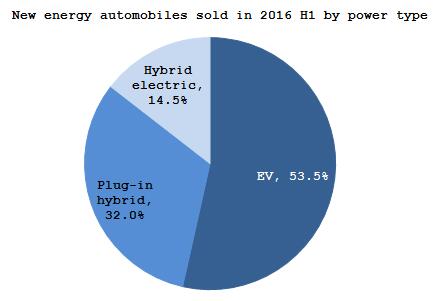 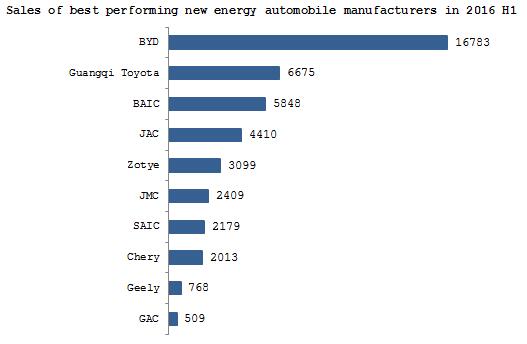 BYD led the domestic new energy vehicle market by a healthy margin, with a total of 16,783 units sold. More than one in three of all new energy vehicles sold in the country were made by BYD. Among BYD’s most popular models were the E6 and Qin, which both were among the country’s best-selling new energy automobile models, with the former managing to achieve year-on-year sales growth of 246.4%. The BYD Tang hybrid SUV performed even more impressively, with total sales of 9,221 units, making it the country’s best-selling new energy automobile model. Prospects for BYD seem promising with the pure electric version of the Qin having just been released.

JAC and Zotye sold 4,410 and 3,099 new energy vehicles, respectively. While Zotye’s new energy automobile sales just over doubled, JAC’s sales increased seven-fold. The JAC IEV and Zotye 100 were the two manufacturers’ best-selling models, with all of JAC’s sales coming from that one model.